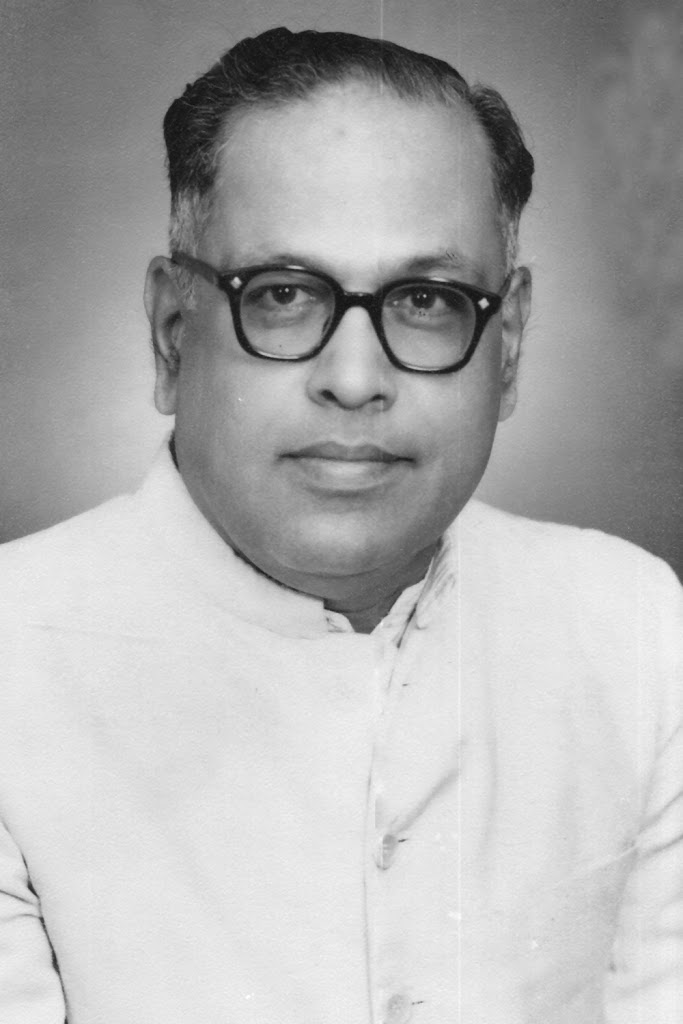 by Ramesh Ranjan
with 2 comments
Uncategorized
Today, 12th September, is the Birth Anniversary of my father, Late Dr.K Rajagopal and its about 20 years since he passed away.

He was one of the 11 children of Late C R Krishna Rao and the illustrious Coimbatore Krishna Rao clan.

My grandfather Late CR Krishna Rao, was a very illustrious person. A District Judge, a Philosopher and an Author. His books – Madhva and Brahma Tarka & Madhva, His Life and Doctrine on “Madhwa Philosophy” is even today regarded as an authentic rendering on Madhwacharya and his philosophy.

My father was married to Mrs. Manoranjini Rajagaopal and were popularly known as Raju Dodanna and Manna Vadhani in our family circles.

He studied his MBBS from the Kilpauk Medical College, Madras. He then did his MSc and was a Fellow of the Institute of Chemists. Though he was a doctor by qualification he never really practiced medicine. He was always interested in research.

He was one of the few early Indians who went on a Rockefeller Scholarship to the Dunn Nutrition Laboratory at Cambridge University in Britain, in 1938. He went there to pursue his Research in Vitamins.

Here are some links to his papers that have been published
According to my late uncle Dr. CK Prahalad, an illustrious and a famous Management Guru himself,  he said that had my father continued to pursue his Research in Cambridge University, he could have probably won a Nobel Prize for his work, because the person with whom he had partnered with (AJ Martin) at Cambridge University won the Nobel Prize in 1952.

My grandfather was not too pleased that my father had gone to Britain as he was very patriotic and being a Districts and Session Judge, he requested his son to come back to India.  As an obedient son, he gave up his lucrative work at Cambridge University and returned back to India, when the 2nd World War broke out. My father came back to India to serve the Army in the Indian Medical Core. He served during active war and served for some years in Baghdad. He rose to become a Major in the Indian Army. After the war, he found that it was not very fruitful carrying on in peace time and quit army to pursue his passion – Research and Teaching.
He had opportunities to work for the United Nations and FAO but turned down those opportunities because he felt that serving one’s own Nation was more important than serving other Nations.
He served in the Pasteur’s Institute in Conoor. He took up  Research and Teaching at the All India Institute of Hygiene and Public Health, Calcutta. He later moved south to take up a teaching position in Kasturba Medical College, Manipal.

I felt that he was never able to live up to his potential in India. The environment, the ecosystem didn’t recognize or encourage the potential in my Father. He had many ideas, wanted to do so much, but being a very straight forward and simple person, he couldn’t survive or navigate through the political environment in the workplace and never was allowed to succeed. Sad that a person who could potentially have been another Noble Laureate from India, had he continued in Cambridge University, couldn’t succeed back in his home country, for which he returned and shunned going abroad again. A sad state of affairs in this country and no wonder there is so much of brain drain.
He finally moved to Chennai to stay next to his parents and set up a private Pathology Laboratory and also some medical practice for the poor needy. He was an epitome of a Doctor being a Noble Profession.

If during the course of his investigation he found that some extra tests need to be done to confirm his findings, he never used to charge for the extra tests as he would say that I did it for validating my doubts. Can we ever imagine a Doctor today who lives by these values.

He went on to work till the ripe old age of 82 years and after his cataract operation he finally quit work. He donated his clinic for free to the hospital where he had set it up.

He was recognized and  honored  for his distinguished work in the field of Science by the New York Academy of Sciences posthumously in 1998. The New York Academy of Sciences is among the oldest scientific organisations in the United States and the world and  for 200 years since 1817  brought together extraordinary people working at the frontiers of discovery. What a tragedy that he wasn’t alive to receive this great honor.

He was truly a great Person, intellectual, a great conversationist – he could talk on any subject. Very well read in literature, science and philosophy. He had read the Mahabharata, Ramayana, Bhagavad Gita, Vedas and could recite them from the back of his head. Though he used to follow some religious rituals, he never imposed them on me. He used to tell me that “Duty is Worship”. He could lead the life of an orthodox and as well as a liberal. In his later years he would spend hours discussing on Philosophy with his cousin Nagaraja Rao and Krishna Rao (Kittu Uncle).
He had a wide repertoire of interests in life. He had an appetite for reading and had a rich collection of books in the library from Literature, Science, Medicine, Fiction, Philosophy, Cosmic Sciences, etc. We had hundreds of books at home in our library. He loved all forms of entertainment. He would love watching MGR/Sivaji Ganesan movies, watch Ramayana on TV, listen to MS Subbalakshmi, Abba, Michael Jackson and even Deep Purple. He would patiently sit with me to watch the Test Matches and loved watching Wimbledon Tennis matches on Television. He was widely traveled in India, Middle East, Europe, UK , Scotland ,USA and Canada.

Late in their lives, my parents were fortunate to travel to USA in 1988 courtesy my late Uncle Dr. CK Prahalad and other cousins in the USA. They truly enjoyed their trip to the US and treasured the trip memories for the rest of their life. He was particularly happy to have taken his wife to Cambridge University during their visit to United Kingdom and show her the place some 50 years later.

During his trip to the US and UK, my father had maintained a tour diary and jotted down meticulously each day events. I managed to publish a book “Our Journey to the New World” recapturing their memoirs of the wonderful trip. Long after their demise, we organised an Event – Raju Remembre and had my Uncle Dr. CK Prahalad release the book. The event was very well attended and all relatives and friends paid rich tribute to my parents.

He was a connoisseur of life and lived a full life till the end. He would love petting our dogs and cats at home. Spend time in the garden and take a walk. He managed to cure his diabetic without any medication and would eat all kinds of healthy food till the end. He never believed in diet but always used to eat in moderation. He used to advise me that anything in moderation is good in life. He used to be dressed immaculately till the end and was very fashion conscious. When he went to the US he picked up almost 25 ties and a few blazers. As his brother late Dr CK Prahalad has said, he was never sloppy and was always well dressed. He was a very determined person. Very disciplined and independent. Even in his old age he insisted that he goes to Bank, Post Offices, travel by auto-rickshaw and never once sought for any assistance or help from anyone. He never complained “I am getting Old” even in his late 80’s. He would want to live life to the hilt. He was bold encouraging and a very positive person. He was very shy, humble, forthright and gentle and above all a man of virtues and principles. In a highly materialistic, self centered world, he was a rare gem.
He was the biggest source of strength to me. Much of my life has been molded on his life and values. Whatever I am today, its because of him and my mother and I am and will be indebted for life. They have truly been an inspiration and a guiding light for me in my life and will continue to be so, as long as there is life in me …..
————————————————————————–