Menu
by Ramesh Ranjan
with no comment
General Information 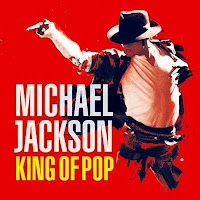 “Beat it”, Michael Jackson will remain the King of Pop for ever. No matter what ever misdeeds he would have done, he will always be remembered as the King of Pop. No one has dominated world music like him. He cut across all nations, all religions, all sexes and all ages and won the hearts of millions world over. His ever green songs Beat It, Billy Jean King, Thriller, Bad, Dangerous, We are the world still pound many a discs, restaurants and bars.
Not only was the King of Pop, he was the Master on the Dance floor. Who can ever forget the Moon walk and the twist dancing. Yes the scandals did hurt him and his image. His greatest enemy was himself. Its a pity that he had to die young and probably due to overzealous producers who wanted him back on stage to earn some big bucks, when he was not fully prepared physically and mentally. Fate has cruelly robbed a very talented artist from this world. But his name will always be etched in the Music & Dance Hall of fame.
Beat it…… he may be a Bad boy, but he lived a Dangerous, Thrilling life.