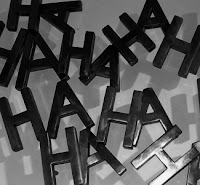 So what was all this fuss about. The Congress party managers must be laughing their way to their hearts content. Who ever came up with this idea of “economic reforms” at this juncture must be a great visionary. The talk today in media, televison & newspapers and in society is all about survival of the minority Congress government, the aya rams and the gaya rams.
The Coal Gate scam has taken a back seat and is no more an election issue. The economic reforms – diesel price hike , LPG & FDI was only meant to deflect the attention of the public from Coal Gate and wow Congress suceeded even beyond their expectations. It was a brilliant political stroke, which took the winds out of the opposition.
So what if Mamta quits, there is the other M’s – Mayawati & Mulayam falling over each other to support Congress. The Congress is even more stronger and bolder than it was ever before. On the day that Mamta announced her decision to quit the government the Government issued a notification on FDI in Retail. It was a bold decision and a slap on Mamta’s face. Dr Manmohan Singh had already done his calculations and homework and even feigned a threat when he said “if he have to gone down, we will go down fighting”.

The BJP which was licking its fingers and itching to go in for an election was caught on the backfoot and not the Congress. To Congress, Mamta’s exit is a blessing in disguise and to BJP a huge embarassment.

Why and how did the Congress suceed in turning a calamity into an opportunity. The reason – Indian Crab syndrome. It is said that Indian crabs, if left in  a basket, are never able to escape. Each time one crab tries to get out of the basket another one would pull him down! This is the Indian crab syndrome! 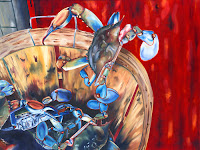 Every politician be it Narendra Modi, Nitish Kumar, Advani, Sushma Swaraj, Mulayam, Jayalalitha, Mayawati and even Lalu started nursing ambitions of becoming the next Prime Minister. At a time, when they had an opportunity to defeat the Government and sieze the opportunity, the politicians within the Opposition were bickering within themselves as to who would become the Prime Minister. When unity was the need of the hour, personal ambitions came to the forefront and every politician was scheming in such a way that they did not want others to suceed. Nitish did not want Modi, Modi did not want Nitish, Mulayam did not want Mayawati to get closer to Congress, Mayawati did not want Mulayam to sieze the opportunity, Karunanidi did not want Jayalalitha to sieze the opportunity and hence he joined the bandh. Since he joined the bandh, Jaya opted out of it. Nitish siezing an opportunity suddenly wants to cosy with anyone who will give Bihar a special status (read – make me the Prime Minister) and so on….
It suited Congress perfectly and they played the old British game of “Divide & Rule”. Mulayam vs Mayawati. Karuna Nidihi vs Jayalalitha, Nitish vs Modi etc.
It has emboldened the Congress even more now. They are sure of regaining power a 3rd time because of a divided opposition, fighting for power within. You will  find more scams and more loot of countrys economy and the common man on the streets will continue to be a hapless spectator and coughing more in terms of taxes and prices for his survival.
This is true not only in politics, but also in Corporate world, families and societies at large. Its not that “too many are chasing too few”, but its Greed, selfishness and survival at others cost that is becoming the hall mark of the Indian Society.